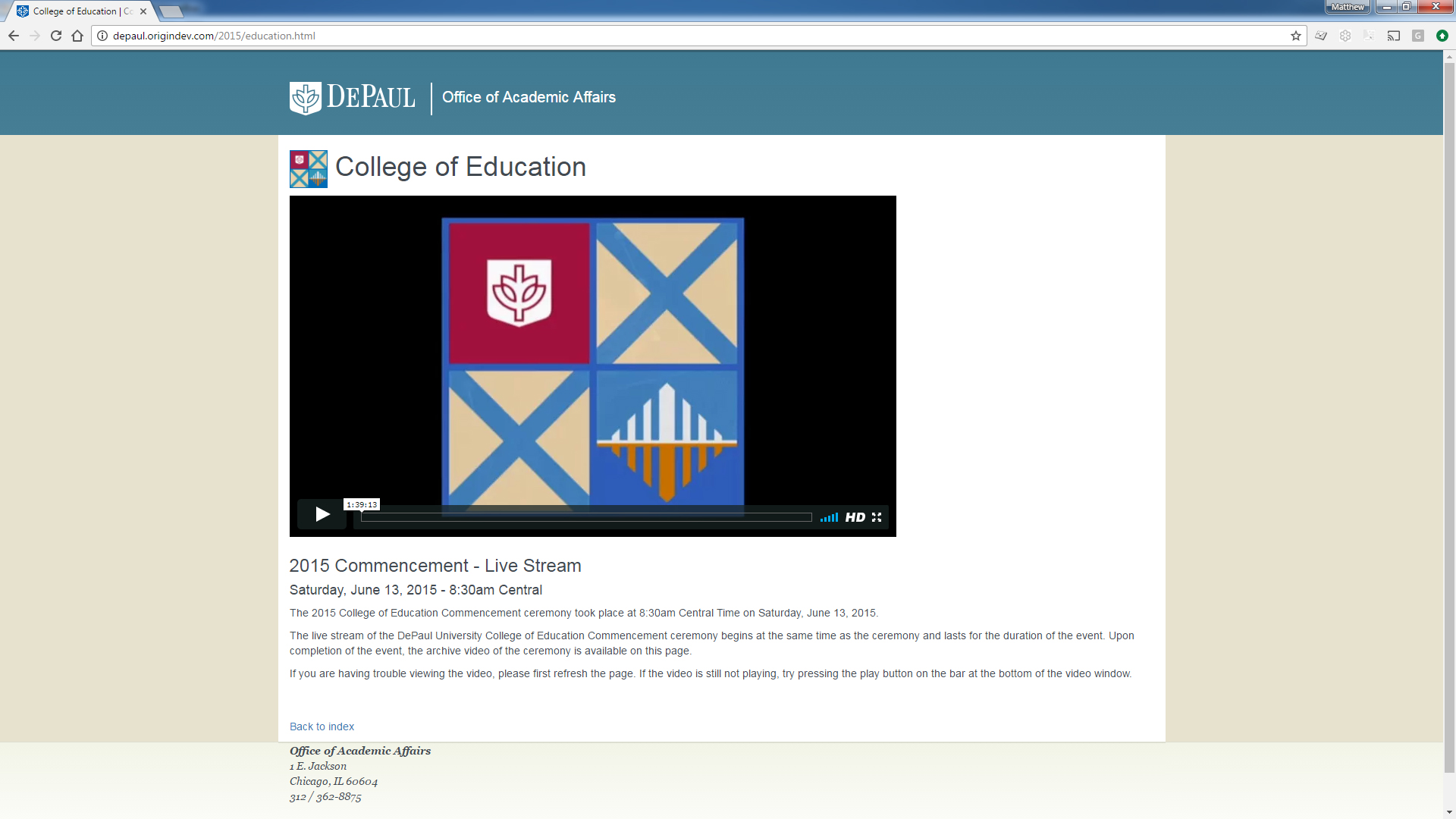 Origin Development was asked to update the way DePaul University provides live webcast service for their Commencement ceremonies. The main goal of the project was to create and host a micro-site for the 7 commencement ceremony webcasts, to provide a live stream of each ceremony during the event, and to provide an archive video of each ceremony upon completion of the event. We had metrics from prior years, but did not know how many viewers would watch each webcast, and we had no idea what their geographic locations would be.

The solution required a combination of services including high speed internet service, custom website development, and on-site event support. The website we built was responsive and the stream adaptive, so that viewers on both desktops and mobile devices could watch. We configured a custom worldwide content distribution network specifically for the event. ODIT coordinated directly with the event venues, internet service providers and AV producers in advance to verify that all necessary services would be in place prior to the load in. We then monitored the analytics during each transmission to verify that the viewers from various geographic regions were able to view the stream.

Our solution provided over 50% cost reduction from the prior year’s service. The site supported over 10,000 viewers of the live streams during the various ceremonies, many using mobile devices and most from outside the United States.  Archive videos were uploaded for each ceremony’ within 24 hours of completion of the ceremony. You can view the live stream site at http://depaul.origindev.com